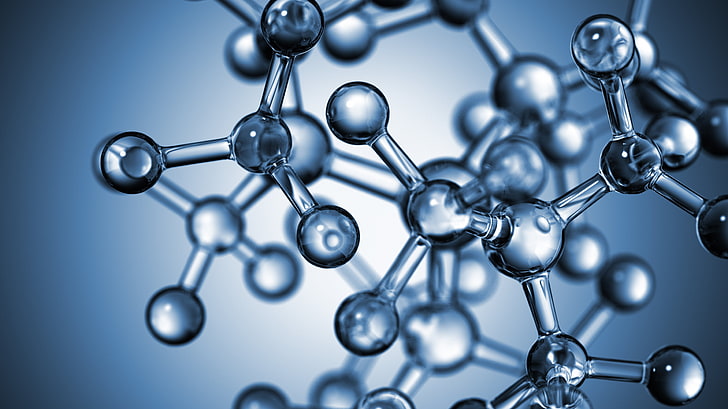 Neurotransmitter, it acts like a hormone. Its action is notably at the level of mood regulation, sleep and eating behavior. A serotonin deficiency therefore leads to various physical and psychological disorders. Hence the importance of promoting its production through the natural intake of amino acids and cofactors that participate in its synthesis.

Synthesis of this neuromediator: how does our body make it?

Its precursor is an amino acid called tryptophan. This one enters the composition of the food proteins, one thus finds it in several animal and vegetable sources.

The stages of its synthesis

It is present in the intestines, the nervous system and the blood platelets. It is derived from the metabolism of tryptophan. In the neurons, the amino acid is first transformed into 5-hydroxytryptophan (5-HTP) under the influence of an enzyme called tryptophan hydroxylase. The 5-HTP is then transformed into serotonin.

The enzymatic synthesis, which its transformation, requires the presence of several elements, including oxygen and a metal (iron or copper). In addition to these trace elements, other cofactors act in its manufacture and recapture, including magnesium, vitamin C and vitamin B6.

It has a complex action that extends to our entire body. Therefore, a deficiency will result in various symptoms associated with the different organs of our body.

The digestive system: 95% of this neurotransmitter is found in the intestines. A serotonin deficiency will disrupt the entire system by affecting gastrointestinal motility. This leads to constipation or diarrhea, vomiting, dyspepsia or irritable bowel syndrome.

The locomotor system: it is also essential for bone and muscle health. A lack of it can result in back pain, tingling, dizziness or vertigo, but also arthritis and muscle tension.

The heart: a person with serotonin deficiency can suffer from high blood pressure and tachycardia.

Nerves and senses: it can be the cause of :

Sexual and gynecological problems: in men, sexual problems may occur, including premature ejaculation. Women may suffer from heavy periods and a more pronounced premenstrual syndrome.

Sleep: due to the close link with melatonin, the lack of serotonin will lead to sleep cycle disorders. The deficient person has difficulty falling asleep, may have insomnia, suffer from nighttime or premature awakenings, with a non-restorative sleep.

Food: it plays an important role in the regulation of appetite. A lack of food will manifest itself by impulsive needs with a rush on salty foods, sweet impulses or irrepressible food cravings. All of this will subsequently lead to weight gain.

Because of its determining role on mood, it is essential to mental and psychic balance.

A serotonin deficiency will lead to many depressive symptoms:

Moreover, it is also the hormone of recoil and the reduction of this neurotransmitter in the body can cause :

Finally, a serotonin deficiency implies a decrease in intellectual faculties leading to states of confusion, loss of memory and difficulties to concentrate.

The causes of serotonin deficiency

Since it is made from tryptophan, a deficiency may first occur as a result of a lack of tryptophan.

However, problems in the metabolism of the neuromediator can also lead to deficiencies. For example, a lack of magnesium and vitamin B3 in the body will lower its level, since these elements are essential cofactors for its synthesis.

The excess of fast sugars in the diet also decreases its concentration in the body, as this type of diet causes imbalances. Indeed, sugar participates in the metabolism of tryptophan and accelerates its availability in the blood, thus provoking peaks of serotonin followed by sudden drops. In other words, it is rapidly transformed and disappears just as quickly.

An imbalance in the intestinal flora can also be the cause of a serotonin deficiency, since this hormone is mainly present and produced in the digestive tract.

Finally, stress, which causes the production of cortisol, also affects its level in the body. Indeed, these two hormones are in competition in the brain: a lot of stress means more cortisol.

In some cases, the individual does not suffer from deficiency, but from difficulties in its use. The hormone is present in the body, but is not able to bind to the postsynaptic receptors. This may be due to excessive stiffness of the synaptic membranes, which in turn is caused by a deficiency of essential fatty acids, especially omega-3 (EPA and DHA). This is why omega-3 is important in the fight against mood disorders and depressive states, since it promotes its reuptake into the neurons.

Presence of serotonin in food

In order to naturally compensate for a serotonin deficiency, it is necessary to adopt a diet rich in precursors and cofactors that promote its production.

For the moment, there are no official recommendations on the daily intake of tryptophan. However, the French Food Safety Agency (AFSSA) estimates that 220 mg per day can cover nutritional needs.

Some foods are very rich in tryptophan, providing at least 600 mg of the amino acid for each 100 g serving. These are:

Tryptophan is also found in good quantities in :

In general, a breakfast rich in proteins will promote its production, which takes place in the afternoon.

Several vitamins and trace elements participate in its synthesis.

Vitamin B6 is mainly found in animal sources, including turkey, tuna and liver. It is also found in good amounts in potatoes (unpeeled and oven-roasted), chickpeas, sesame seeds, prunes and shiitake mushrooms.

These trace elements are mainly found in organ meats (especially liver), seafood (oysters, lobster) and lentils. Iron is also present in good quantities in meat and cocoa. Copper is also found in walnuts, certain nuts and legumes, and to a lesser extent, white mushrooms and artichokes.

Carbohydrates promote the assimilation of tryptophan, but fast sugars accelerate its availability and degradation. Therefore, it is important to avoid sweets and other sodas to avoid an unfortunate imbalance. It is better to turn to complex carbohydrates such as whole grains and pulses. They ensure a slower assimilation of tryptophan and a better production of serotonin in the long term.