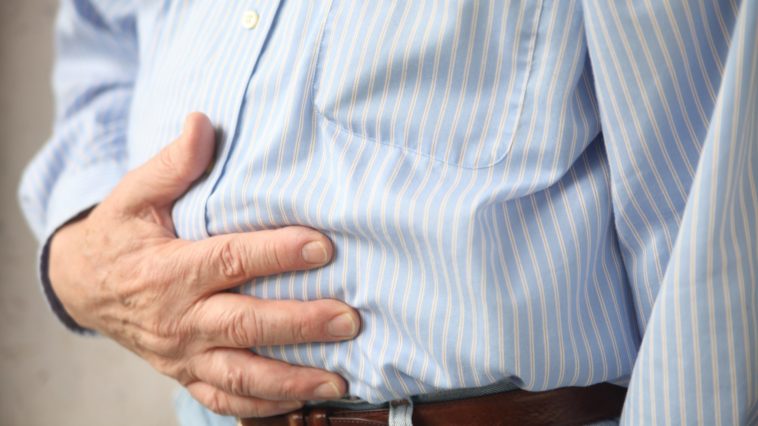 Crohn’s disease is an inflammatory disease that can affect all segments of the digestive tract. It owes its name to the American physician who first described it in 1932, Burril B Crohn. Present in Europe and North America, this non-contagious disease affects new people every year.

Crohn’s disease is a chronic inflammatory bowel disease (IBD). It is characterized by alternating phases of flare-ups (also called attacks) and phases of remission. It is a chronic inflammation that can affect the walls of the entire digestive tract, from the mouth to the anus. Most often, it affects the colon and the end of the small intestine.

It is characterized by attacks of abdominal pain and diarrhea that can last from several weeks to several months. People with the disease may experience weight loss and undernutrition if left untreated. There are also non-digestive symptoms associated with the disease, affecting the skin, joints or eyes.

The origin of the disease is still unknown but would involve several factors. Among them we find:

The diagnosis is based on a combination of clinical signs and additional tests. No single symptom is diagnostic and there is no single test that can be used to determine if a person has the disease.

Since the origin of the disease is unknown, the goal of treatment is to reduce the onset and intensity of relapses and to maintain periods of remission. There is no specific cure for Crohn’s disease, but a multilevel approach will allow patients to live normally and improve their quality of life.

In terms of diet, it is recommended to eat a balanced diet during periods of remission. During relapses, doctors recommend a diet without fibers (fruits, vegetables, etc.), without milk and without polyols (sodas, cakes, candies, etc.) to limit pain, diarrhea and the risk of obstruction.

Some anti-inflammatory or immunosuppressive drugs can be used to improve the quality of life of patients.

Finally, surgery is sometimes necessary to remove certain parts of the intestine that are too affected by the lesions.

Evolution of the crohn’s disease

When the disease is well managed, patients lead an almost normal life. But sometimes complications can appear.

Once the diagnosis is made, the patient must undergo regular medical follow-up and examinations to check the effectiveness of the treatments and the evolution of the disease. Today, treatment allows the vast majority of patients to live a normal life.