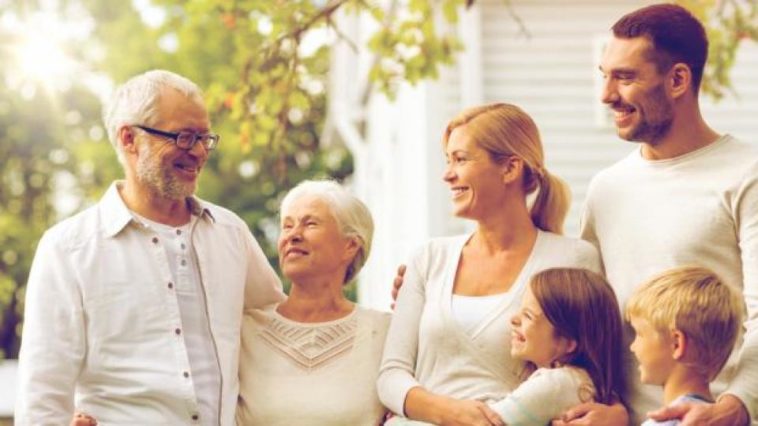 Although Alzheimer’s disease has been a public health phenomenon for only a few decades, it was discovered at the very beginning of the 20th century by the German neurologist Alois Alzheimer. Only at that time, his discovery did not seem all that revolutionary; yes, when an elderly person showed confusion or memory problems, people thought it was “normal”, or attributed it to “senile dementia”.

But now that science and attitudes have evolved on this subject, the numbers are startling: more than 26 million people worldwide are affected by Alzheimer’s disease.

And since this disease will affect more and more people in the years to come, we wanted to tell you a little more about it.

Often when we talk about Alzheimer’s disease, the first thing that comes to mind is memory loss.

But it is important to know that in reality Alzheimer’s disease is a degenerative neurological disease; in other words, this means that patients with Alzheimer’s disease will have their neurons and brain tissue attacked and then progressively destroyed by various lesions and abnormalities. As a result of these neurological attacks, people will progressively lose certain capacities (depending on the areas of the brain concerned; this can therefore be the capacity for memory, but also for thinking, etc.)… and this in an irrevocable manner. When the disease is well advanced, it can also jeopardize physiological functions, such as cardiac activity for example.

The patient suffering from Alzheimer’s will thus gradually lose his cognitive, psychic and memory capacities. At present, Alzheimer’s disease is the first cause of dementia among seniors.

How many people are affected by Alzheimer’s disease?

If it has long been assimilated to “senile dementia” and confused with the disorders associated with old age, Alzheimer’s disease has been underestimated for many years.

On a global scale, the statistics are not very exciting, since if currently 26 million people are affected throughout the world, this number could be multiplied by 4 by 2050.

Contrary to popular belief, Alzheimer’s disease is not only characterized by memory loss or gaps in memory in patients. The neurologists are moreover formal: each patient develops his own symptoms… which makes the disease sometimes difficult to diagnose! Especially since Alzheimer’s is a progressive degenerative disease, which often evolves insidiously in patients, through disorders such as : 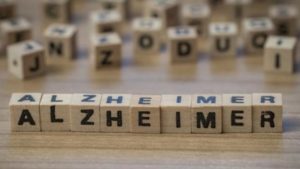 The terrible thing about Alzheimer’s disease is that, as it is progressive, when the first symptoms appear (memory loss, language problems, confusion in space/time…) at the beginning, the patients are fully aware of it. They clearly see their cognitive, mnesic or psychic capacities deteriorating, which is highly anxiety-provoking for them (most of them try to hide it from their entourage).

This is why Alzheimer’s and depression are often linked in both directions: depression can be a symptom as well as a consequence of the disease.

In terms of evolution, Alzheimer’s disease progresses in stages, different according to the individual, slowly but surely; and the more patients suffer from other diseases, the more rapidly the disease is likely to progress.

But in concrete terms, people do not die of Alzheimer’s disease: patients die of diseases from which they suffer in other ways (hypertension, cardiovascular problems, diabetes, etc.).

Unfortunately, there is currently no cure or vaccine that would allow Alzheimer’s disease to be cured in affected patients, and the proposed treatments only allow the symptoms to be reduced and the development of the disease to be slowed.

The majority of treatments have been developed to calm language and memory problems and stabilize these functions in the patient. Therefore, to prevent the symptoms from deteriorating, it is important that the diagnosis and management of the disease be done quickly.

It should be noted that today, research is actively working on passive immunization therapies for individuals that would aim to develop antibodies in the brain capable of preventing damage.

Even though science and research are actively studying the subject, the exact causes of Alzheimer’s disease are still the subject of hypotheses and controversy!

But here is some news that should reassure people who have a close relative suffering from Alzheimer’s: hereditary forms of the disease represent only 5% of cases. In other words, it is not because our father has Alzheimer’s that we will necessarily suffer from it too. And vice-versa: it is not because no one in our family has been touched by Alzheimer’s disease that we are not at risk.

Moreover, if the disease was declared late in a direct ascendant, it is a “good sign”, because it is in the case of early patients that the disease has the most risks (and still, they are relatively weak) of being transmitted genetically.

When an individual suffers from memory problems and is concerned that he or she may have developed Alzheimer’s, there are many clinical tests that can be used to establish a diagnosis:

A disease that only concerns seniors?

Even if age is the first risk factor for Alzheimer’s disease, it is important to know that this pathology does not only concern seniors. Indeed, if the majority of patients (diagnosed in any case) are elderly, the disease can however occur in people under 65 years old (we speak of early Alzheimer’s, which can affect individuals of 50 or even 40 years), and older (we speak of late Alzheimer’s).

But where the disease is pernicious is that it is very difficult not to spot the early manifestations of the disease, but rather to know how to attribute them to Alzheimer’s.

Unfortunately for women, the figures are edifying: women are now three times more affected by Alzheimer’s disease than men. Since the causes of this degenerative disease are still not clearly identifiable, it is difficult to explain the reason for this preponderance of women.

Some say that it is simply because women have a higher life expectancy than men, others that it is a question of hormones (estrogens could be involved), but scientific studies have not yet established anything conclusive on this subject…