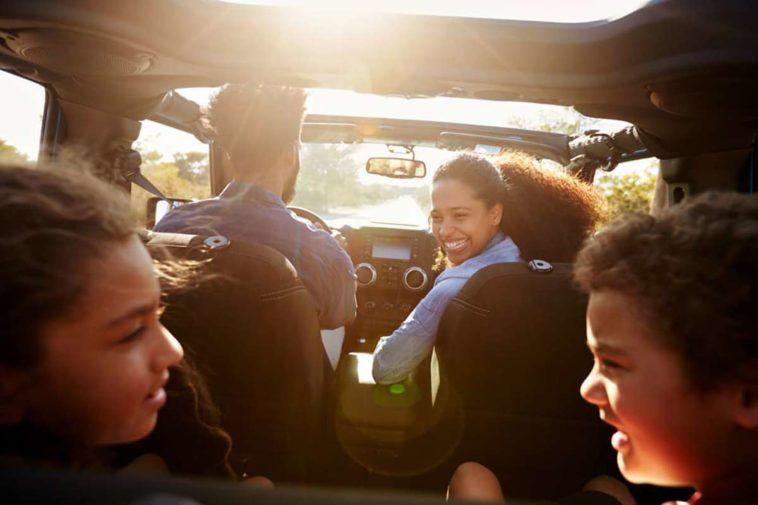 The summer period is synonymous with time spent on the road. Muuuummmm! is when we arrive !!! ?? You used to say this sentence when you were little when your parents used the vacation highway in summer, and today it’s your children who bathe you because they too are bored in traffic jams and are in a hurry to get there. Harbor.

However the solution is simple, it is necessary to find tricks to occupy them without disturbing the concentration of the driver… This could be dangerous in the traffic.

Also let me share with you the games that my grandmother offered to us, to my sisters and I to entertain us. It must be said that his imagination was limitless and that we did not see the hours and kilometers scrolling to destination. The whole family will benefit, less fatigue, less stress … A good way to start vacations and have a good trip with joy and good humor.

If your little ones or teens can’t keep still and are unbearable in the car, here are 20 ways to keep them occupied while having fun.

The tablet is fine 5 minutes and it is not easy to draw, let alone salt dough or paint and the choice of toys is limited in a vehicle. This is why we offer you some small easy and fun games to do in your car, for two, with the family, for young and old alike! 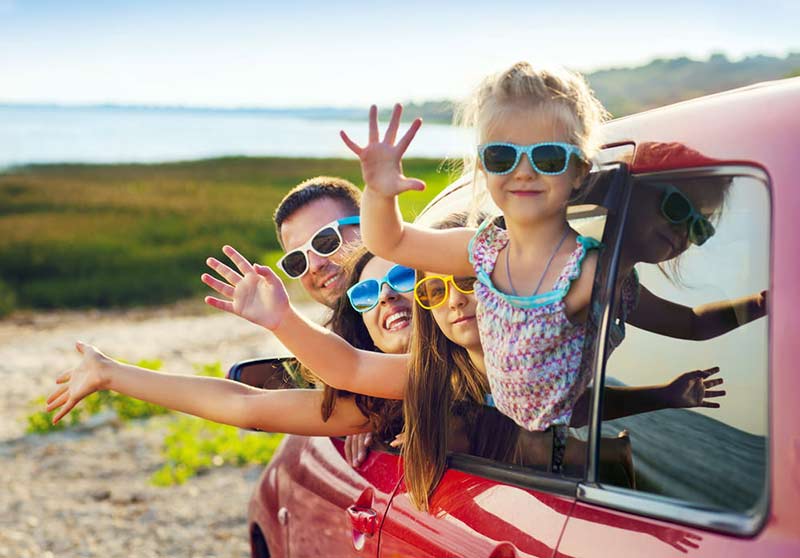 A classic to do in a car, try counting to 10 by looking at the first digit of the license plates. If it starts with “1”, the game is on, look for the “2” and so on… When you reach 10 it’s won! Variation: You can make the letters of the alphabet. The letter “A” then the “B” or in the opposite direction. For older children, try to guess the department at the end of the plate.

In turn, each player must make the others guess which character he is. The one who finds, must in his turn make the others guess; Watch how long it takes other players to find your character, who has lasted the longest or who has found the most riddles wins. This game can go on for hours in the car! Of course, time will pass much faster!

When I was a child, we had to count the 2 red CVs… It is true that today, a 2 CV is very rare, even more on the highway. Never mind, we can change the rule and decide that the first to see a red car scores a point. At 5 he won. You can vary the colors and choose a green, yellow car, etc. The advantage of this game is that all the participants are focused on the outside of the passenger compartment, it suddenly looks much bigger and the children will suffer less from it. ‘confinement during the journey.

Everyone knows the classic musical quiz, solo or in a team which consists of finding the title of the songs from the first notes. If your connection is not bad and you have a network, you can plug your tablet or smartphone into the vehicle’s speakers and launch on the screen, a free online blind-test without registration here. There is something for all tastes and all ages: French songs, rap, classical music, the 70s until 2010, music from films, cartoons… I tell you everything! Enough to have a good time not to watch the kilometers go by.

Try to introduce a famous character or an animal by imitating it, this game can be very funny in the car and cause a lot of laughs with your children. Baby will love animal imitations.

NOTE: 2 hours must have passed, remember to stop, so that everyone can stretch their legs and rehydrate. A little wee stop will not be a luxury and baby will be able to drink his bottle in peace. If you need toys or the baby rattle left in the trunk luggage, now is the time!

Do you understand something about the pyramid game? Yet it’s easier than it looks: Make you guess a word with associated words, but not from the same root or not starting with the same letters.

In practice, whoever begins, pronounces a word at random and the next player must pronounce the first word that comes to mind in association with the previous one, and so on… (sea – oar – boat -… and so on. following). You move quickly from player to player. A single second of hesitation is enough and you are eliminated. The loser is the one who does not manage to find, in a maximum time, a continuation allowing to continue the chain.

7. The baccalaureate game revisited for the car

No paper or pencils; Take turns citing words starting with a given letter in a specific category (sports, animals, objects, countries, actors, singers, etc.). The driver can also participate, but give him a little head start and have him play last, so as not to monopolize his attention too much.

A good memory game that will capture the attention of the most grumpy in the cabin. The rule is simple: The first player rolls “Auntie carried in his suitcase… Sunscreen and a chicken! », The next one, repeats and adds an object, and so on… Simple at the beginning, but more and more difficult… What is funny, it is the implausible things that Aunty takes in her luggage.

The little ones will love it. The first to see: a black roof, a green sign (whatever the colors), a McDonald’s, a steeple, a bakery, a cyclist, a drawing on a wall (tag)… has won!

The classic of classics to play in the car. Chat as if nothing had happened between yourselves without using the word “yes” and the word “no”. Tips ask others personal questions to make them forget the rule 😉

This game does require some preparation, but it is definitely worth it. Make a list of things to see along the way on a piece of paper. Each player can have a different list. Along the way, they cross off the things they have seen from their list. The person who crosses out all the elements and shouts “BINGO! »Wins. The game adapts well to young and old alike and can therefore be played together even with a large age difference.

The youngest are looking for simple things – a gas station, a traffic light, a caravan…, while the older ones can make the search more difficult by being more precise – a black truck, a no-traffic sign, a car with German plates, etc. We can give the youngest a list of pictures. 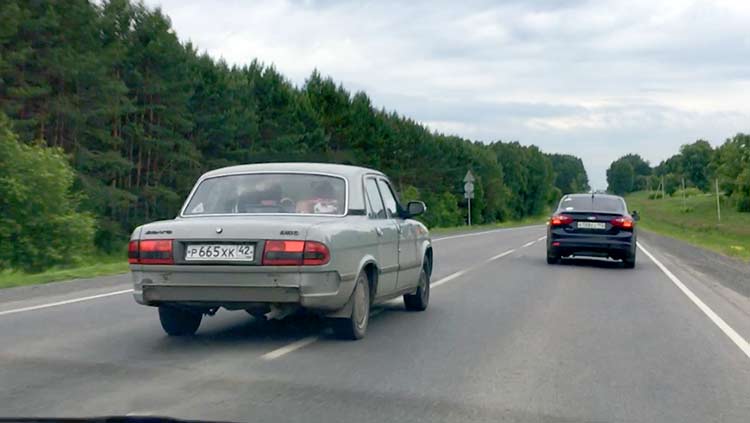 All the cars that pass us on the road can be a source of fun. You just have to know how to approach it.

Take a good look at the vehicle that has just passed you. Let the children make up a story about the people inside, where she is from, what her name is, where she is going, what she is going to do there and why. If they find it difficult, help them with questions: Who? From where ? Where ? Why ? What ? How long ?

You can organize a competition for the funniest or scariest stories. Perfect for stimulating the imagination.

Pick something in your head that is often seen along the way, for example a tree, a pharmacy, a gas station, a fork, a red car, etc. Every time you see this thing say, “I see another one.” The children must try to guess what you are talking about.

15. The world upside down

This one always makes us laugh: At any time during the trip, anyone can say: “WORLD UPside down! “. Therefore, each must say the opposite of what he has in mind or what he wanted to say. So you say, for example, “This trip is going on nicely. “” I don’t want sweets at all. This is how everyone should talk until we pass the next turn or the next exit off the freeway. Practical and fun to avoid getting bored during the trip!

A frog with one mouth, two eyes and four legs; two frogs have two mouths, four eyes and eight legs. And so on, a sentence for each person, the first to be lost. You can vary with other animals or insects… Imagine with the centipede!

In turn, each player must tell a little story by replacing all the vowels with the same vowel, for example with the “i”: ziri plis ziri igil li titi i titi! You found ? Laughs guaranteed. 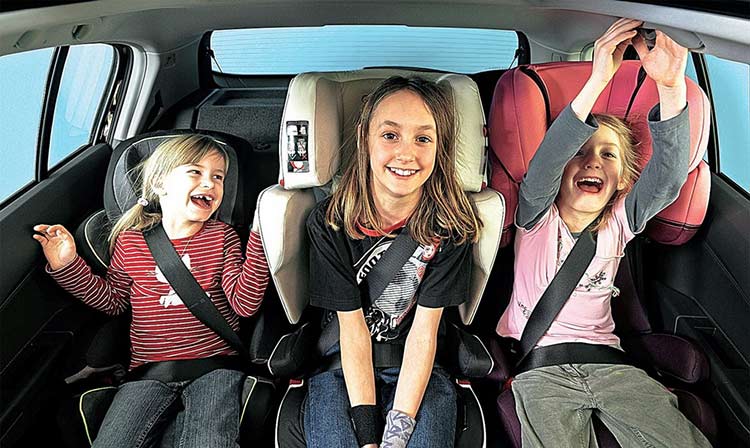 This one is really fun. Each player tells a fairy tale that everyone knows, but changing some details. Snow White is blonde like wheat and not brown like ebony, she bites a banana and not an apple. Children over five have a lot of fun finding mistakes.

This game consists of inventing a story by telling it piece by piece. The first player begins with a sentence: “The Indian woke up in a carriage with a baby not understanding what was going on. The next player continues the story by adding another sentence and so on until a complete story is formed.

The goatee : I hold you you hold me … It starts slowly, but very it can degenerate into a general fight! Hand games, naughty game. The Kings of Silence : Do you find that funny? Wouldn’t you feel like you were being punished? Watch GPS : Watch the driver’s speed… Nothing better to stress him out.

It’s your turn ! Share your best tips for keeping little travelers busy and killing time on the road.