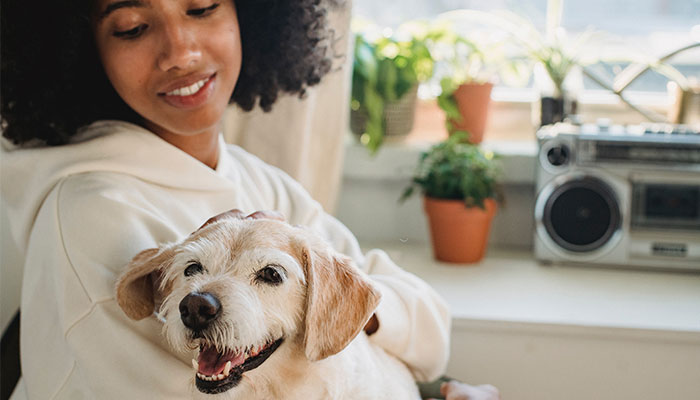 What are Bach flowers?

The famous British doctor, Dr. Edward Bach (1886-1936) developed a therapy based on flower essences. His theory is that treating illnesses in isolation is not enough and that they always come back. It is a negative state of mind that exhausts the vitality of an organism and that in the long run it becomes vulnerable or even sick. It is therefore necessary to take into account the cause, well upstream, by restoring the psychic harmony of the organism.

It is thanks to the natural affinity of medicinal plants with mental characteristics, that the vibration can take place in resonance with these disorders.

Bach then put forward thirty-eight elixirs which, according to him, correspond to all the negative states of mind in the world.

It is now recognized that animals are not machines and feel emotions like humans. The Bach flower therapy allows to rebalance their mood.

Very simple to use, non-invasive, non-aggressive in its use and almost without side effects, the Bach flowers are even more effective on animals than on humans.

They are very interesting weapons in particular for the dog, which is an animal so close to the man by the affection which they carry mutually.

The flower essences come in dropper bottles of 10 mL, 20 mL and 30 mL, there are boxes containing the thirty-eight Bach flowers and Rescue, the emergency remedy.

The original Bach flowers are slightly alcoholic but there are some alcohol-free brands. On the market, you can also find other galenic forms such as lozenges, granules, capsules, sprays and even creams, but be careful in this case not to use it on a wound. However, to control the dosage for the dog, it is preferable to choose the liquid form.

How to prepare a mixture ?

The usual method for a dog is orally after dilution in water. The external route may be possible in certain cases (abscesses).

Specifically, you need to prepare a 60 mL opaque (dark colored) counting bottle and add four drops of each selected floral elixir. If necessary, add eight drops of the emergency remedy. Finally, add filtered or mineral water. If you are preparing a 30 mL bottle, you will have to divide these proportions by two.

Dosage of the preparation

The solution will then be administered directly into the dog’s mouth or into its water. It is recommended to administer four drops, four times a day. In case of acute emotional states, it can be given six times a day. The duration of the intake is relatively long because it is an energetic and emotional care. To begin with, it is one month’s intake; it is possible that, if necessary, one will continue up to six months.

The cutaneous or external way can be used in certain situations: drowsy or apathetic dog. In these cases, simply moisten the lips with your mixture and / or on the legs, the lower abdomen, the ear pavilions. You can also use the olfactory way: pass the bottle under the nostrils.

Preservation of the mixture

Homemade mixtures should not be mixed with alcohol or cider vinegar to make them easier to store. In case of heatwave, they should be kept in the refrigerator.

To preserve their power, do not store them near other products (such as essential oils or other flower essences). They should not be kept near waves that could neutralize or disrupt their faculties (box, telephone, microwave). Bach flowers are not to be lent, they are personalized products for animals and your mixture is to be used only for the concerned animal.

Characteristics of the Bach flowers to make your mixture

Suffering behind a mask of joviality.

For the dog who, despite his distress, wants to look away from his master by continuing to play, does not accept his suffering.

For the puppy who does not assert himself and is pushed away during meals, but also for the older dog during convalescence after an acute illness.

For the dog that before acting looks at its master or has inadequate social behavior or difficulties in mating. For a dog that participates in competitions and has to listen to his master’s orders.

For a very nervous dog, who goes into an uncontrollable frenzy, who puts himself in danger for himself (impulsive licking) or for others (biting). A dog that desperately wants to get out and will destroy the door, the window, destroy the car seats.

Tendency to repeat the same mistakes.

For a dog who continues to bite the cushions despite your reprimands, who urinates on the leg of a table while knowing that it is outside that it must be done.

For a dog that constantly demands his master’s attention to be petted. For a bitch who continues to groom her pups after weaning.

For an animal that is sad, lacks interest, no longer plays, sleeps too much, suffers from memory problems.

For a dog who grooms himself obsessively, who refuses to defecate.

For a dog that is asked to do too much as a guide dog, for a bitch that moves away from her litter because she does not feel able to meet the expectations of the pups.

For a dog that stops eating after the loss of its owner or of an animal it grew up with. A dog that has a relapse.

For a dog that has low energy, is sick and confined, a bitch that loses her pups. For a dog that does not respond to encouragement during dog training.

For a dog who needs to be noticed, who is destructive or dirty when left alone.

For a dog who hates cats, who is threatening when a baby comes into the home.

For a dog that becomes introverted, that has changed home, master.

For a lazy dog, who needs to be motivated to go for a walk.

For a dog who is overflowing with energy, who pulls on his leash.

For a dog that has difficulty integrating into a new home where there are already several animals.

For a dog who is afraid of everything, storms, visits to the vet. Hides during fireworks.

For a dog that loses his appetite, tail and ears low for no apparent reason.

For a dog that can no longer fight illness.

For a dog after a surgery, a bitch who has just given birth.

For a dog rejected by another dog or suffering from unjustified reprimands.

For a dog that panics when alone, a bitch that has had her puppies taken away. It is for a dog that is too protective of his master, wants to prevent him from leaving.

For a dog that has been mistreated in the past, that may have a panic trigger, a dog that is afraid of crowds. A dog that has bristly hair, that takes a defensive position, during a storm for example. But also during an illness that occurs without reason.

For a dog that has to change its diet, a dog with a strong character.

For a dog that has an unpredictable behavior: bulimia then loss of appetite.

STAR OF BETHLEHEM (Star of Bethlehem)

For an accidented dog, after a general anesthesia.

For a dog at the end of its life or after the loss of its master.

For a dog that can’t stay calm or after a fracture to prevent it from moving too much. Who can’t calm down because of inner tensions.

For a dog that asserts its authoritarianism through aggressiveness.

For a dog that must be left with friends or in a kennel, who does not allow himself to be cared for.

For a dog that isolates itself when it is sick.

For a dog that has obsessive behavior, cannot sleep, scratches, licks excessively.

For a dog that has lost its family, that has just been adopted.

For a sad and indifferent dog.

For a dog who shows his displeasure by urinating on the carpet, who puts his tail between his legs.

For a dog that suddenly has an emotional shock and/or physical injury.

Begin treatment one week before travel: four drops, four times a day. For a daily trip, give the formula the day before and in the morning.

By cutaneous way: same if the irritation is not very extensive.

By mouth: four drops, six times a day, during the fifteen days following the shock then reduce to four per day over the following fifteen days.

Two months of treatment if necessary.

Rescue (the emergency remedy) depending on the situation, Sweet Chestnut, Heather, Vervain and Cherry Plum.

Four drops, four times a day, in three days an improvement can be noticed, in fifteen days the anxiety should be gone. Continue the treatment for another fifteen days.

Four drops, four times a day, evaluate after fifteen days, continue for another month if necessary.

Electrical dysfunction of the brain

Four drops, six times a day after an attack, two days and four drops, four times a day for fifteen days as a background treatment.

Four drops, four times a day for one month and reassess. Behavior should improve.

A few drops on the affected area, three times a day, until healing.

This is in addition to the recommended veterinary care.